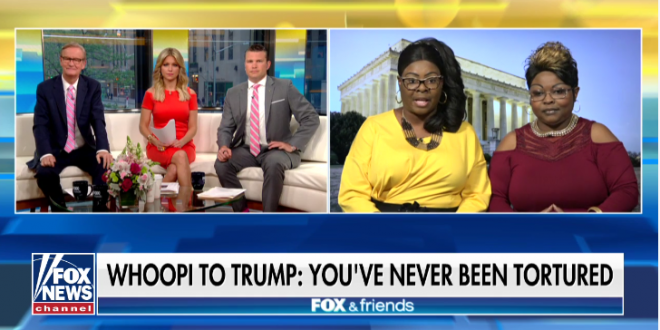 “Well you know, why don’t Whoopi Goldberg try it? She needs to try respecting the president of the United States is what she needs to do. The president of the United States is not a terrorist, he’s an American, he’s our president, so why would we waterboard him? If she wants to try what waterboarding feels like, why doesn’t she do it? Another thing: why don’t she champion around Gina Haspel, to make sure that she gets this position? Wouldn’t she be the first woman in this position? So you should be championing around this woman who’s going to get this high position is what you should be doing.” – Zircon or Burlap (still don’t know which is which), speaking on state TV this morning.