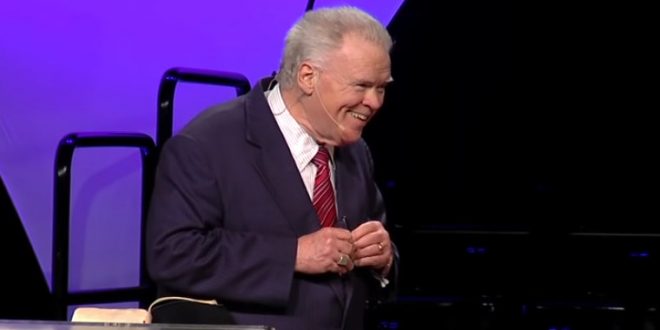 More than 1,000 Southern Baptist women have signed an open letter to the trustees of Southwestern Baptist Theological Seminary that says they are “grieved by the dangerous and unwise counsel” that the group’s president, Paige Patterson, has given by telling abused women not to divorce, and are shocked by his comments that “objectify a teenage girl.”

“These comments are damaging, sinful, and necessitate a decisive response,” the women wrote in a letter published Sunday afternoon.

These women, who include several influential writers and speakers, are not pushing theological boundaries within the Southern Baptist Convention. The letter says they affirm Southern Baptist views that only men are allowed to be pastors and that women are to submit themselves to their husbands.

“We are shocked by the video that has surfaced showing Dr. Paige Patterson objectify a teenage girl and then suggest this as behavior that is biblical. We are further grieved by the dangerous and unwise counsel given by Dr. Patterson to women in abusive situations.

“His recent remarks of clarification do not repudiate his unwise counsel in the past; nor has he offered explanation or repentance for inappropriate comments regarding a teenage girl, the unbiblical teaching he offered on the biblical meaning of womanhood in that objectification, and the inappropriate nature of his own observations of her body.

“The world is watching us all, brothers. They wonder how we could possibly be part of a denomination that counts Dr. Patterson as a leader. They wonder if all Southern Baptist men believe that the biblical view of a sixteen-year-old girl is that she is ‘built’ and ‘fine’ — an object to be viewed sexually.

“They wonder if all Southern Baptist pastors believe it is acceptable to counsel an abused woman in the way that Dr. Patterson has done in the past. They wonder if the Jesus of the Bible is like such men. We declare that Jesus is nothing like this and that our first duty as Southern Baptists is to present a true picture of Jesus to the world.”