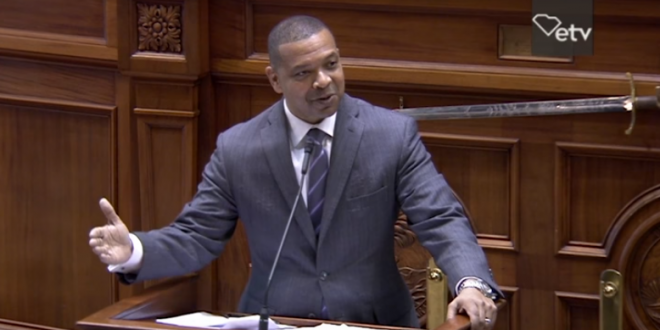 A bill that would have outlawed almost all abortions in South Carolina died in the early hours of Friday morning on the floor of the state Senate, granting a major victory to Democrats after they launched a lengthy filibuster that lasted throughout much of the day and showed no signs of stopping.

In a stunning 24-21 vote, the Senate moved to send the bill back to the medical affairs committee, effectively killing any chance of the bill moving forward in the rest of this session.

State Sen. Marlon Kimpson, D-Charleston, held the floor for upwards of six hours as he filibustered the measure Thursday. He turned over the podium to state Sens. Margie Bright Matthews, D-Walterboro, and Fanning, who carried on the effort through the rest of the evening.

Senate Republicans on Thursday took the the rare step of scheduling the Senate — which works Tuesdays through Thursdays — to remain in Columbia Friday to continue debate on the bill. Some had spoken of continuing the debate past Friday and into the weekend, if necessary.

Meanwhile, the Democrats lined up one senator after another to filibuster the bill, starting with Sen. Marlon Kimpson’s eight-hour monologue Thursday.

Senate Republicans had hoped to extend the debate until several Democrats gave up and left the chamber, gifting the GOP the three-fifths majority needed to shut down the filibuster and pass the abortion ban bill. But no Democrats left, with some canceling travel and vacation plans to remain in Columbia. All 45 eligible senators were present for the 1 a.m. vote Friday.

The abortion ban in SC is no longer. After hours of filibuster, the bill has now been recommitted to committee. Women will continue to have the right to choose and make their own personal decisions about their bodies in consultation with their faimilies and doctors.

“They were here en masse with no defection.” How state Senate Democrats filibustered and defeated a GOP-backed bill that would have banned nearly all abortions in South Carolina https://t.co/34gCYgExPW

EARLY story: After three days of debate, and facing a Democratic filibuster with no end in sight, SC Senate Republicans give up on bill that would have banned virtually all abortions in South Carolina https://t.co/34gCYgExPW

Senate Democrats’ abortion ban filibuster now has lasted 11 hours. @margieBmatthews and @Fanning4Senate playing off each other to keep it going pic.twitter.com/5qyEzlmjxK