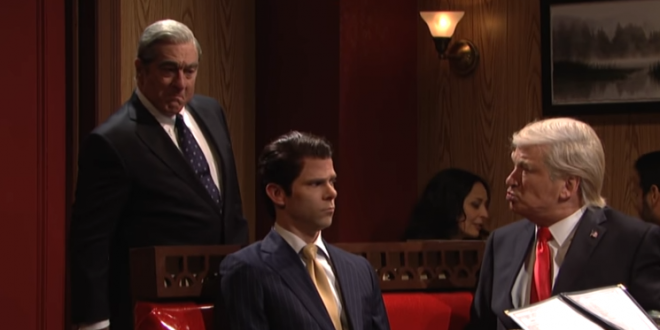 “Saturday Night Live” celebrated the one-year anniversary of the Robert Mueller investigation with a parody of the final scenes of “The Sopranos” — complete with a diner, Journey and Mueller making eyes at Donald Trump like the Members Only jacket guy.

The show opened with Alec Baldwin’s Trump playing the role of Tony Soprano in a diner waiting on his “family” to show up for dinner. But instead of Carmela, A.J. and Meadow showing up, it was Rudy Giuliani, Michael Cohen and Donald Trump Jr.

Previous CHATTER AWAY: Overnight Open Thread
Next Scotland Might Try For Independence Again