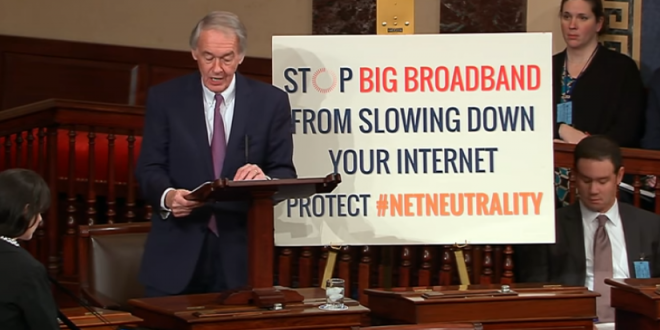 Democrats will force a Senate vote on Wednesday on a bill that would save the Federal Communication Commission’s net neutrality rules from repeal. Senate Democrats filed a discharge petition on the bill last week, starting the clock on the long-shot effort to preserve the Obama-era consumer protections.

The legislation, introduced by Sen. Ed Markey (D-Mass.), would use authority under the Congressional Review Act (CRA) to nullify the FCC’s vote in December to roll back the rules. Under the CRA, lawmakers can force a vote in the Senate with just 30 lawmakers on board.

The bill currently has 50 backers in the Senate, including every Democrat plus Sen. Susan Collins (R-Maine). Democrats need one more Republican to cross the aisle for 51-vote majority, but with Sen. John McCain (R-Ariz.) away from the Senate as he battles brain cancer, the math might be on their side.

If the vote fails, net neutrality ends on June 11th.