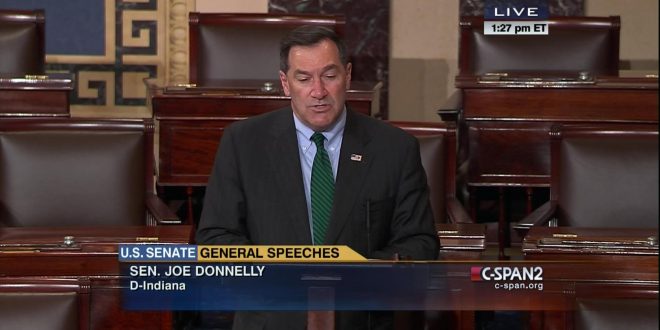 Manchin was first. The Hill reports:

Sen. Joe Donnelly (D-Ind.) has announced he will support President Trump’s pick to lead the CIA, Gina Haspel, increasing her chances of being confirmed.

Donnelly said in a statement Saturday he believes that Haspel “has learned from the past, and that the CIA under her leadership can help our country confront serious international threats and challenges.”

The Indiana Democrat also pointed to Haspel’s backing from former CIA directors John Brennan, Michael Hayden and Leon Panetta in explaining his support for her.

Perhaps obviously, Donnelly’s seat is at risk this year.