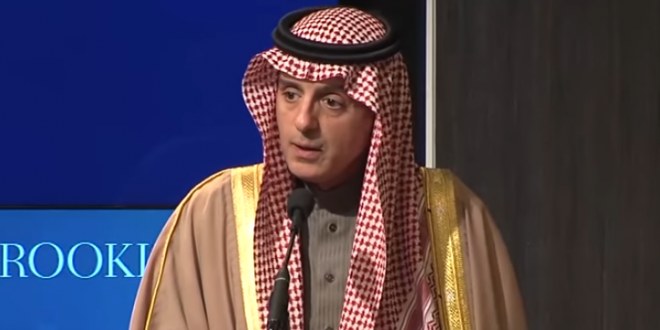 Saudi Arabia: If Iran Builds A Nuclear Bomb, So Will We

Saudi Arabia will seek to develop its own nuclear weapons if Iran does, Foreign Minister Adel al-Jubeir told CNN on Wednesday, amid spiraling tension between the regional rivals. Asked whether Riyadh would “build a bomb itself” if Tehran seizes on Washington’s withdrawal from the 2015 Iran deal to resume a nuclear weapons program, Jubeir said: “If Iran acquires nuclear capability we will do everything we can to do the same.”

Wednesday’s comments echo Crown Prince Mohammed bin Salman comments from March, when he told “60 Minutes” that Saudi Arabia “does not want to acquire any nuclear bomb,” but added that “if Iran developed a nuclear bomb, we will follow suit as soon as possible.” Saudi Arabia also expressed support for the U.S. pulling out of the Iran nuclear deal, saying it did not adequately address Iran’s behavior in the region.