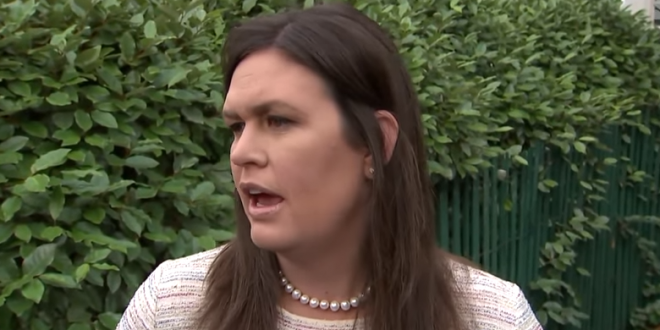 Sarah Huckabee Sanders: Democrats Are Losing Their War Against Women In The Trump Administration

White House press secretary Sarah Huckabee Sanders said Monday that Democrats are “losing their war against women in the Trump administration,” as Gina Haspel prepares to be sworn in as the first female CIA director.

Haspel, whom President Trump tapped to lead the agency after picking former CIA Director Mike Pompeo to be Secretary of State, faced significant opposition from Democrats and some Republicans over her role in the CIA’s enhanced interrogation program.

Historic day for our country: swearing-in ceremony for Gina Haspel, the first woman ever to serve as CIA director. Democrats are losing their war against women in the Trump administration.

There is no one more qualified to be the first woman to lead the CIA than 30+ year CIA veteran Gina Haspel. Any Democrat who claims to support women’s empowerment and our national security but opposes her nomination is a total hypocrite