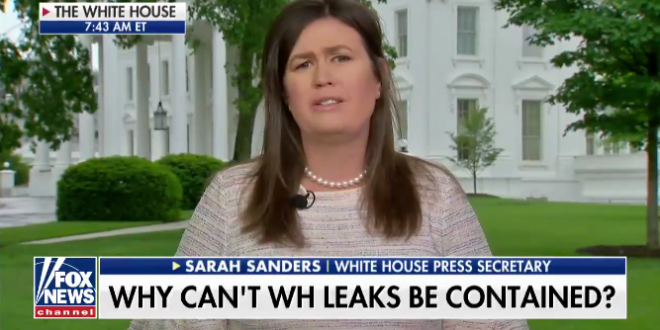 White House press secretary Sarah Huckabee Sanders on Wednesday said that so-called “leakers” in the West Wing should be fired. During an interview on Fox News, Sanders called it “disgusting” and “disloyal” to reveal internal discussions to the news media and said the White House is “focused intensely” on putting a stop to the practice.

.@PressSec: “There’s definitely something that has to be addressed. We’re focused intensely on addressing it, and we take it extremely seriously.” @foxandfriends pic.twitter.com/2GgxlMf5Mg