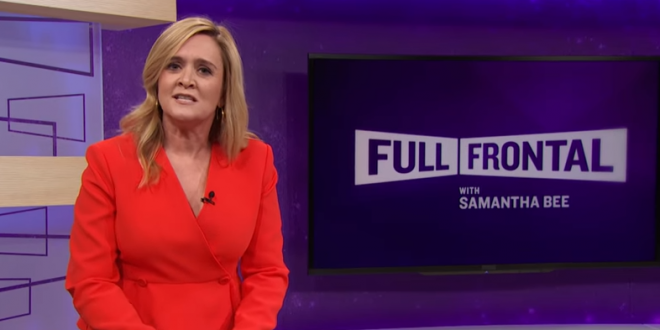 After Samantha Bee was criticized for calling presidential adviser and first daughter Ivanka Trump as a “feckless cunt” who needs to convince her father to change his immigration policies, the host issued an apology on Thursday.

“I would like to sincerely apologize to Ivanka Trump and to my viewers for using an expletive on my show to describe her last night,” Bee said in a statement to BuzzFeed News. “It was inappropriate and inexcusable. I crossed a line, and I deeply regret it.”

The collective silence by the left and its media allies is appalling. Her disgusting comments and show are not fit for broadcast, and executives at Time Warner and TBS must demonstrate that such explicit profanity about female members of this administration will not be condoned on its network,” Sanders said.

Previous Spanish PM To Be Ousted In “No Confidence” Vote
Next Japanese PM: We Cannot Accept Trump’s Auto Tariffs