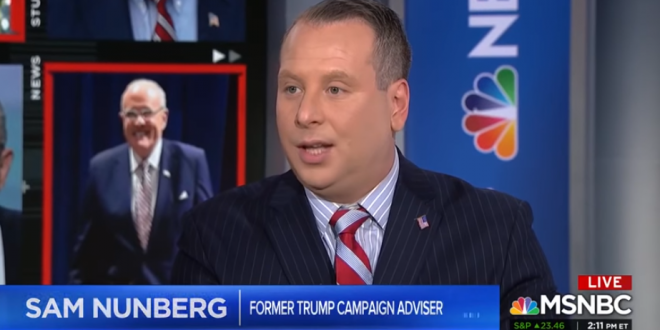 Sam Nunberg On Cohen: The President Doesn’t Let People Get Away With Making Money On Him [VIDEO]

May 10, 2018 Infighting Is Funny, Trump Corruption

Appearing on MSNBC, a ducking and weaving Sam Nunberg refused to say specifically what he told a grand jury empaneled by special counsel Robert Mueller looking into outside influence in President Donald Trump’s campaign, but admitted he was questioned about Trump lawyer Michael Cohen’s finances.

Nunberg said that he had no idea what Cohen was doing with the money and that he didn’t believe any ended up in Trump’s pocket — or that the president may have known about it, saying, “The president hates people making money off of him. Only one person that gets away with it in his face is Lewandowski. He hates it.”

You really should watch the clip.