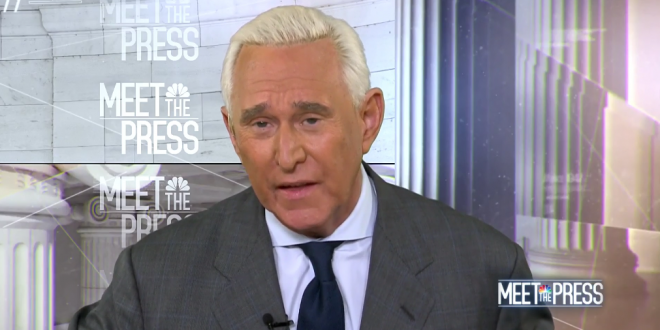 Roger Stone: It’s Not Inconceivable That Mueller Will Conjure Up “Extraneous Crime” Charges Against Me

“I can guarantee you they have found no evidence whatsoever of Russian collusion nor trafficking of allegedly hacked emails with Wikileaks. It is not inconceivable now that Mr. Mueller and his team may seek to conjure up some extraneous crime pertaining to my business or maybe not even pertaining to the 2016 election. I would chalk this up to an effort to silence me.” – Roger Stone, speaking on Meet The Press this morning after reports that two of his employees have been subpoenaed by Robert Mueller.

Previous Oliver North Blames School Shootings On Ritalin
Next Giuliani: Trump Deserves Details On FBI Informant Or Else Any Interview With Robert Mueller Would Be A Trap