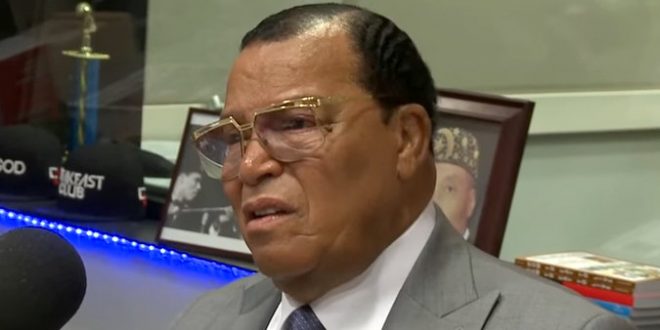 Filing this under things that I did not see coming in 2018: Candace Owens, a brainless pro-Trump YouTube personality who is now famous because Kanye West tweeted about her once, celebrated Louis Farrakhan‘s recent praise of President Donald Trump. Glenn Beck agreed.

Farrakhan — a noted anti-Semite who also praised Trump during the 2016 campaign for rejecting donations from Jewish groups — said on Friday that Trump “is destroying every enemy that was an enemy of our rise.” Farrakhan cited the media, Congress and the Justice Department as those enemies. Why should there be an end to him (White man)? Because his nature is not in harmony with the nature of God. #Farrakhan #NOISundays

Ummm…ummm…seems we're living in some kind of alternate reality… LOUIS FARRAKHAN says Trump has done more to take on the enemies of black people in America than any other president in history!
Democrats are in SERIOUS trouble. Didn't expect this kind of #MAGA pic.twitter.com/jSoOv0bd81

Trump and Farrakhan finding each other is … beautiful

The Klan and Louis Farrakhan both love Trump?! Trump Is a Uniter After All https://t.co/ykOxCTxWrs My @thedailybeast article