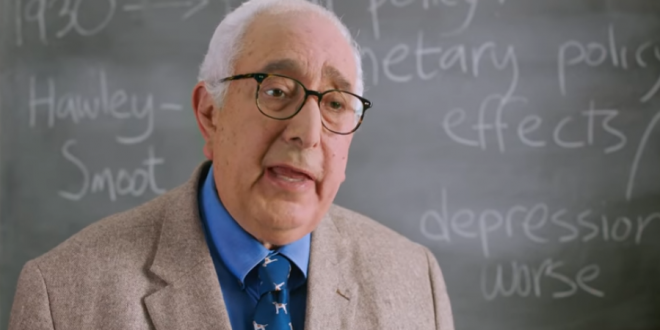 Retailers are going straight to the source in an expanding effort to stop a potential flurry of steep tariffs proposed by President Trump on foreign-made goods coming into the United States. The National Retail Federation (NRF) has recreated an iconic scene with Ben Stein, an economist and an actor, about tariffs and voodoo economics in the iconic 1980s movie “Ferris Bueller’s Day Off” as part of a broad campaign to convince Trump and his voters that raising tariffs would cost jobs and damage the economy.

Previous Trump Rages That He Needs “Better TV Lawyers”
Next REPORT: WH Aide Plotted Spying On His Coworkers To Catch Leakers Or Those Seen As “Disloyal” To Trump