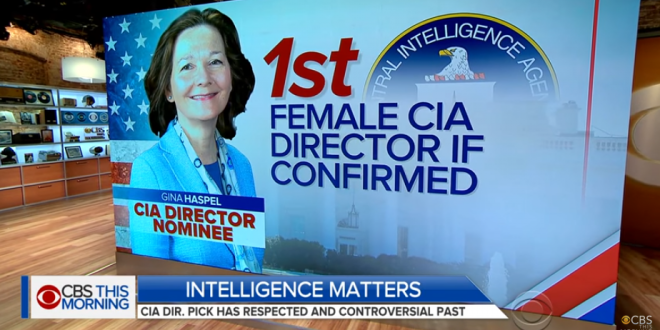 REPORT: Trump’s CIA Director Pick Sought To Withdraw Over Questions About Her Role In Torturing Suspects

Gina Haspel, President Trump’s nominee to become the next CIA director, sought to withdraw her nomination Friday after some White House officials worried that her role in the interrogation of terrorist suspects could prevent her confirmation by the Senate, according to four senior U.S. officials.

Haspel told the White House she was interested in stepping aside if it avoided the spectacle of a brutal confirmation hearing on Wednesday and potential damage to the CIA’s reputation and her own, the officials said.

She was summoned to the White House on Friday for a meeting on her history in the CIA’s controversial interrogation program — which employed techniques such as waterboarding that are widely seen as torture — and signaled that she was going to withdraw her nomination. She then returned to CIA headquarters, the officials said.

According to the above-linked report, White House flacks Marc Short and Sarah Huckabee Sanders “rushed” to Virginia yesterday to convince Haspel not to withdraw.