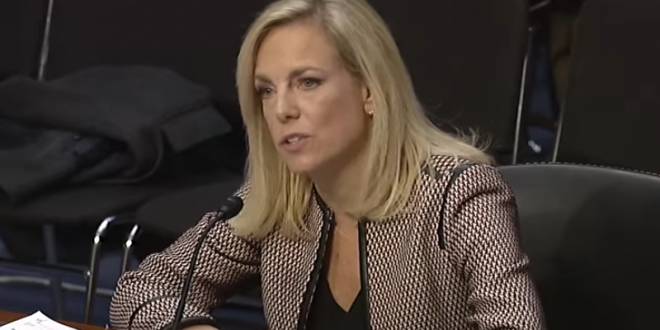 Kirstjen Nielsen, the homeland security secretary, told colleagues she was close to resigning after President Trump berated her on Wednesday in front of the entire cabinet for what he said was her failure to adequately secure the nation’s borders, according to several current and former officials familiar with the episode.

Ms. Nielsen, who is a protégée of John F. Kelly, the White House chief of staff, has drafted a resignation letter but has not submitted it, according to two of the people. As the head of the Department of Homeland Security, Ms. Nielsen is in charge of the 20,000 employees who work for Immigration and Customs Enforcement.

Mr. Trump’s anger toward Ms. Nielsen at the meeting was part of a lengthy tirade in which the president railed at his entire cabinet about what he said was its lack of progress toward sealing the country’s borders against illegal immigrants, according to one person who was present at the meeting.

"One person close to Ms. Nielsen said she is miserable in her job."

Nielsen says in a statement that Trump is “rightly frustrated” and that she shares his frustration. I’m told the two had a heated and lengthy argument, where he said she wasn’t doing enough to secure the border, but that she held her ground, citing the law several times. pic.twitter.com/PGejOAfStf

Previous Tony Perkins Blames Obama For US Deaths In Niger: Diversity Lectures Have Distracted From Real Training
Next CHATTER AWAY: Overnight Open Thread