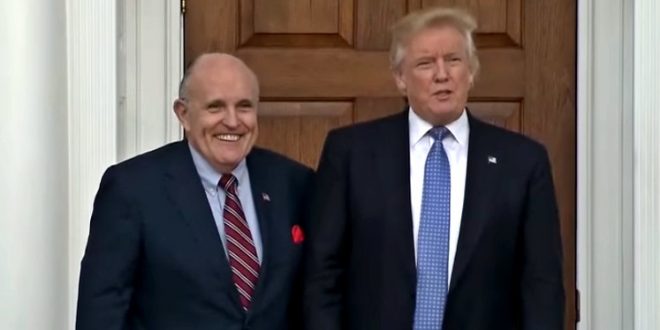 President Trump’s personal lawyer, Rudolph W. Giuliani, abruptly resigned from his law firm, Greenberg Traurig, the firm announced on Thursday, then promptly undercut his recent statements defending the president. Firm partners had chafed over Mr. Giuliani’s public comments about payments that another of Mr. Trump’s lawyers, Michael D. Cohen, made to secure the silence of a pornographic film actress who said she had an affair with Mr. Trump. The president has denied her allegations.

Mr. Giuliani suggested that such payments were common at his firm, even without the knowledge of the clients. “That was money that was paid by his lawyer, the way I would do, out of his law firm funds,” he said on Fox News. He added, “Michael would take care of things like this like I take care of this with my clients.”

“We cannot speak for Mr. Giuliani with respect to what was intended by his remarks,” said a Greenberg Traurig spokeswoman, Jill Perry. “Speaking for ourselves, we would not condone payments of the nature alleged to have been made or otherwise without the knowledge and direction of a client.”

Previous Rudy Giuliani Resigns From His Private Law Firm Due To The “Pressing Demands Of The Mueller Investigation”
Next Fox Host Apologizes After Guest Says Torture Worked On McCain: That’s Why They Call Him “Songbird John”