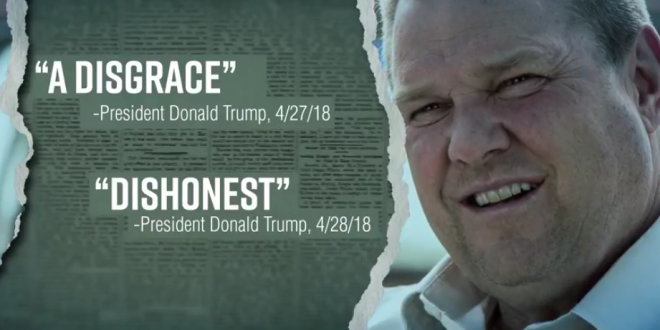 President Donald Trump’s political operation is intensifying its offensive against Sen. Jon Tester (D-Mont.), launching a new TV ad labeling him “disgraceful” and “dishonest” for his role in taking down a Trump Cabinet pick.

The spot goes on to say that Tester, one of the most vulnerable Democratic incumbents up for re-election in 2018, “betrayed our trust, our veterans and our president,” concluding that “it’s time for him to go.”