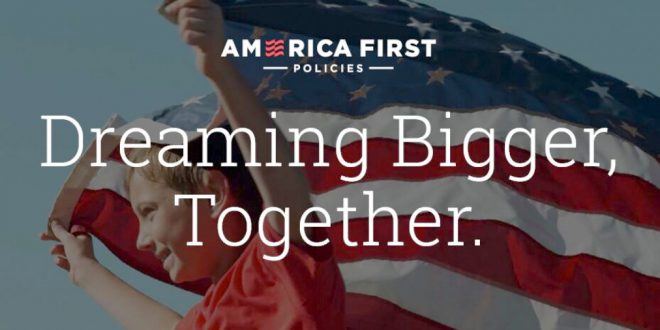 Juan Pablo Andrade voiced his love for the Third Reich — in a video obtained by Mediaite — while attending a Turning Point USA conference, which is a youth conservative organization, endorsed by everyone from Trump to Senator Marco Rubio, known as much for racism as it is for diaper-wearing.

The organization — founded by Charlie Kirk and in the news recently because one of its members received Twitter shoutouts from Kanye West and Trump – held its 2017 annual activism summit in West Palm Beach, Florida, a stone’s throw from Trump’s Mar-a-Lago resort.

Andrade, aside from his work for the pro-Trump America First group, has quite the resume. Per his LinkedIn account, he worked on Trump’s National Hispanic Advisory Council, Trump’s National Diversity Coalition and the Trump campaign as a surrogate. He writes for The Hill as an opinion contributor and has shared his political opinions on NewsmaxTV, CNN Latino, and Univision.

@AmericaFirstPol Reporter for https://t.co/S1s9XlEddY here—do you all have any comment on the Mediate story on Juan Pablo Andrade? He’s identified himself in The Hill as a spokesman for your group.

At a @TPUSA conference in December, Juan Pablo Andrade of @AmericaFirstPol discussed his disappointment that Nazis didn’t “keep f*****g going” with a neo-Nazi who was at Charlottesville.

Andrade also mocks the murder of Heather Heyer in the recordings. https://t.co/wDPwOEUkcQ

Your name is Juan Pablo Andrade. If Nazis kept going, you’d be on the list, too, dummy. https://t.co/NMZdlhBn7H

Previous Todd Starnes: The Radical Revolutionary Boy Scouts Will Soon Eliminate The Name Of God And Welcome Atheists
Next NRA TV Host: Trump Will Be Impeached If Dems Take The House, We Must “Protect The Crown” [VIDEO]