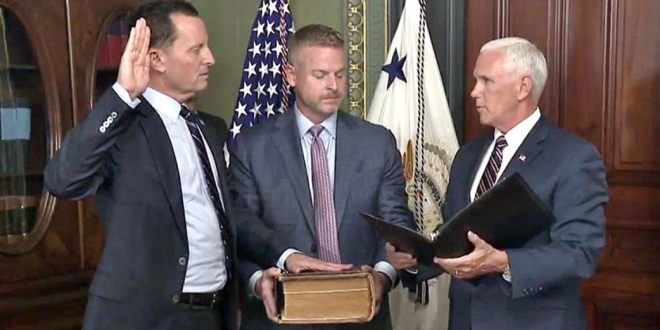 Grenell’s history of misogynistic tweets, including attacks on Rachel Maddow’s appearance, had, in part, delayed his confirmation for months.

Last week he was approved by the Senate in a 56-42 vote that fell largely along party lines and is now the highest-ranking openly LGBT member of the Trump administration.

Vice President Pence swears in Ric Grenell who is moving to Berlin to serve as US Ambassador to Germany. Holding the Bible is Ric’s longtime partner Matt Lashey. pic.twitter.com/h2EBBnus3e