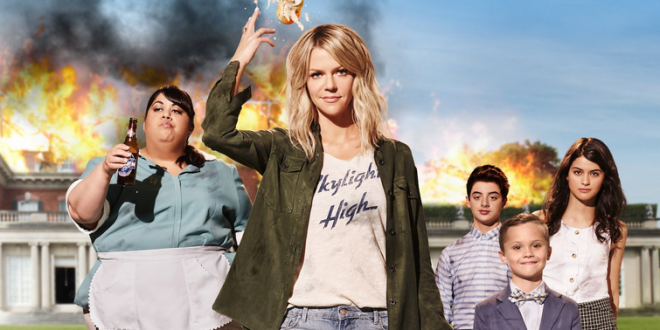 After only two seasons, Fox’s series “The Mick,” has been canceled thanks to your help! 1MM is praising God that children and adults will no longer be subjected to this broadcasting disaster. It aired in the evenings when children are likely still awake. And commercials for this program came on at much earlier hours when children of all ages were likely watching.

The inappropriate sitcom “The Mick” featured explicit content during its two-season run that involved young cast members participating in sexual dialogue and activities as well. Your emails helped make a difference!

1MM asked Fox network to cancel this degrading and sex-filled program and followed with an email campaign urging sponsors to pull their support. Public outcry and lack of advertisers is the cause for the vulgar show’s cancellation and the network has opted not to order a third season of the show.

Your support is making a HUGE difference! But to continue, 1MM needs prayer and financial support. Please consider making a donation today to help our efforts. Your voice was heard loud and clear again! Keep up the great work!

Aaaand the truth from Deadline Hollywood:

Fox brass had been firmly behind The Mick from the get-go, launching the series, created by John and Dave Chernin, behind an NFL double-header on Sunday and then giving it another special Sunday airing behind The Simpsons‘ first-ever one-hour episode.

The Mick has suffered in the ratings since it debuted in 2016, and season two had fallen even lower. The second season averaged a .73 rating in the 18-49 demo and 2.10 million viewers. Compared to season one, that’s a nearly 34% drop in in the demo and almost 30% in terms of total audience, for the FOX series.

The Mick finished its first season in 114th place. Its second season ranking hasn’t been released, but obviously that number is much worse.