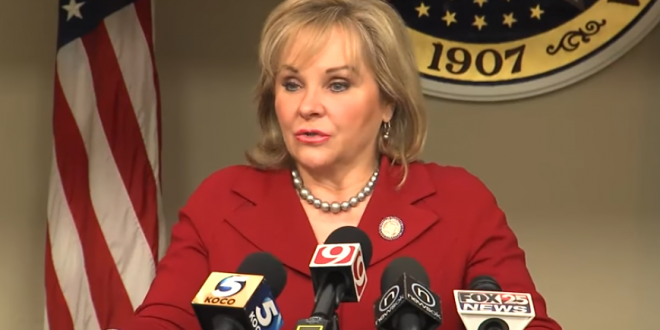 Oklahoma legislators approved a measure Thursday to grant legal protections to faith-based adoption agencies that cite their religious beliefs for not placing children in LGBT homes and lawmakers in Kansas were close to passing a similar measure. The Oklahoma House’s 56-21 vote sent its measure to Republican Gov. Mary Fallin, who has not said whether she would sign it. It’s similar to laws in at least five other states.

As members of both parties shouted insults at each other during the abruptly called vote, the presiding officer threatened to remove one Democratic lawmaker from the floor for refusing to take his seat.

“The abomination of process & justice in the OK House of Reps makes me weep for democracy,” Oklahoma Representative Cory Williams tweeted after the vote. “The priorities of bigotry and hate, under the guise of religious freedom, are truly heartbreaking.”