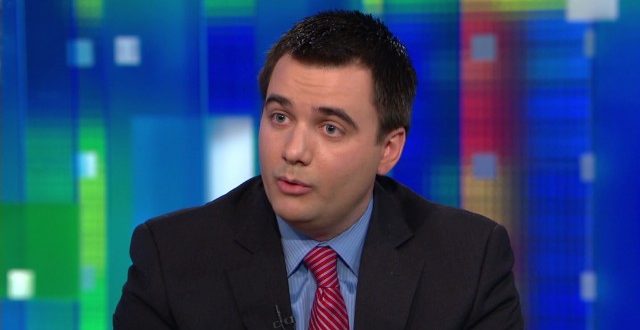 The Oklahoma Senate met late into the night Wednesday as it passed a bill that would allow the carrying of guns without a permit. Sen. Nathan Dahm [photo], author of Senate Bill 1212, dubbed the “constitutional carry” bill, said it would allow people 21 and older and military personnel who are 18 and older to carry a firearm without a license.

It passed by a vote of 33-9 just before 11 p.m. The Senate’s agenda had been revised late Wednesday to include the measure. Before the vote, Sen. Kevin Matthews, D-Tulsa, questioned Dahm on whether it would be prudent to allow people with no training and who are not responsible enough to acquire a license to carry lethal weapons.

The bill now goes to Gov. Mary Fallin, who last appeared on JMG when she signed a bill making a recent Christian radio hit single her state’s “official inspirational song.”

Sen. Nathan Dahm last appeared on JMG after introducing a bill declaring all of Oklahoma’s wildlife to be “the property of Almighty God.”