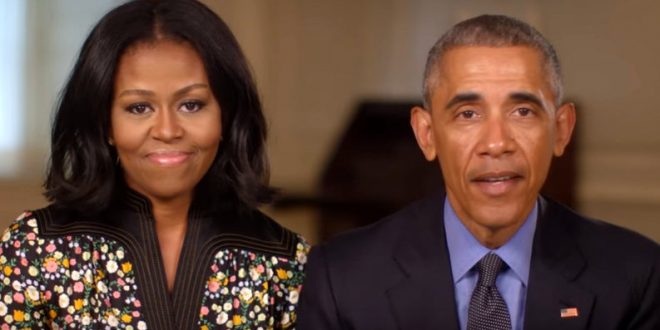 Barack and Michelle Obama are ready to chill with Netflix. The former president and first lady have signed a multiyear deal to produce television shows and films for Netflix, the streaming service announced on Monday — “potentially including scripted series, unscripted series, docu-series, documentaries and features.”

The couple will provide content through a new company called Higher Ground Productions, Netflix said in a news release. The New York Times first reported in March that the Obamas were in advanced negotiations with Netflix to produce a series of shows

Breaking: President Trump issues a statement that he plans to withdraw from the deal that the Obamas just signed with Netflix

Regarding the Obamas deal with Netflix, President Obama said he hopes "to cultivate and curate the talented, inspiring, creative voices who are able to promote greater empathy and understanding between peoples…"

"Trump TV," in contrast, was always about himself.

The Obamas have signed up to produce movies and TV shows with Netflix. pic.twitter.com/XafSdajDBV