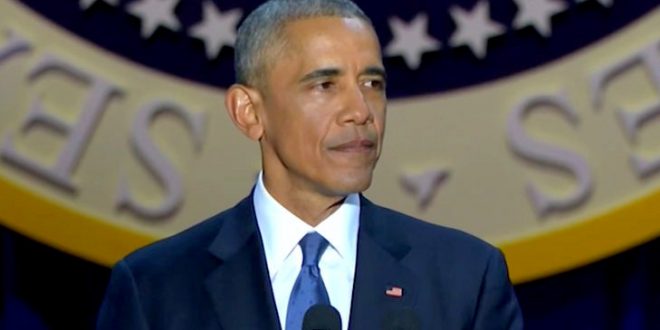 Just in from the office of former President Obama:

The reality is clear. The JCPOA is working – that is a view shared by our European allies, independent experts, and the current U.S. Secretary of Defense. The JCPOA is in America’s interest – it has significantly rolled back Iran’s nuclear program. And the JCPOA is a model for what diplomacy can accomplish – its inspections and verification regime is precisely what the United States should be working to put in place with North Korea. Indeed, at a time when we are all rooting for diplomacy with North Korea to succeed, walking away from the JCPOA risks losing a deal that accomplishes – with Iran – the very outcome that we are pursuing with the North Koreans.

That is why today’s announcement is so misguided. Walking away from the JCPOA turns our back on America’s closest allies, and an agreement that our country’s leading diplomats, scientists, and intelligence professionals negotiated. In a democracy, there will always be changes in policies and priorities from one Administration to the next. But the consistent flouting of agreements that our country is a party to risks eroding America’s credibility, and puts us at odds with the world’s major powers.

Debates in our country should be informed by facts, especially debates that have proven to be divisive. So it’s important to review several facts about the JCPOA.

First, the JCPOA was not just an agreement between my Administration and the Iranian government. After years of building an international coalition that could impose crippling sanctions on Iran, we reached the JCPOA together with the United Kingdom, France, Germany, the European Union, Russia, China, and Iran. It is a multilateral arms control deal, unanimously endorsed by a United Nations Security Council Resolution.

Second, the JCPOA has worked in rolling back Iran’s nuclear program. For decades, Iran had steadily advanced its nuclear program, approaching the point where they could rapidly produce enough fissile material to build a bomb. The JCPOA put a lid on that breakout capacity.

Since the JCPOA was implemented, Iran has destroyed the core of a reactor that could have produced weapons-grade plutonium; removed two-thirds of its centrifuges (over 13,000) and placed them under international monitoring; and eliminated 97 percent of its stockpile of enriched uranium – the raw materials necessary for a bomb. So by any measure, the JCPOA has imposed strict limitations on Iran’s nuclear program and achieved real results.