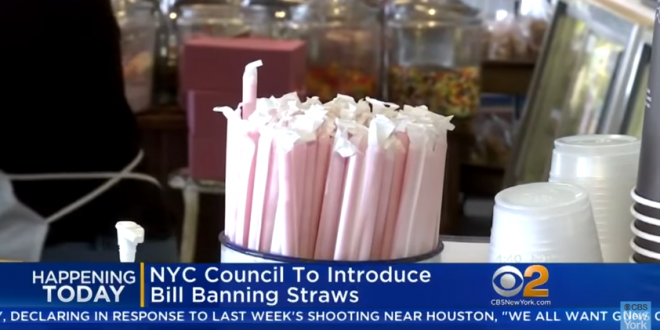 Suck on this — plastic drinking straws could be banned in New York. Businesses in the city would be barred from using disposable plastic straws under a bill set to be introduced Wednesday in the City Council. Plastic coffee stirrers would be forbidden, too. Restaurants and take out spots would either have to forgo straws, or use paper or reusable metal ones instead. Straws became the latest target after the Council voted to put a 5-cent fee on plastic and paper bags, but was blocked by the state Legislature and Gov. Cuomo from implementing the law.

Several cities, including Seattle and Miami Beach, already ban plastic straws. This week McDonald’s shareholders are expected to vote on phasing them out.