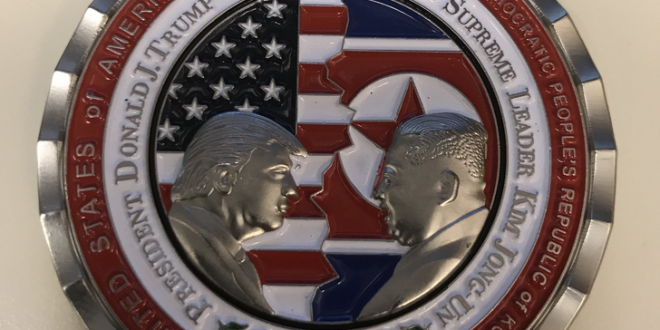 In a note to customers posted on the gift shop’s website, Tony Giannini said that the commemorative coin had buyers in South Korea, and that people in the North had tried – and failed – to purchase the memento.

“Hundreds of magnificent people from South Korea and others including unsuccessful orders from North Korea who wanted to order this commemorative have shared with us in phone calls and in writing their steadfast hopes for peace and denuclearization,” Giannini wrote.

The US bans North Koreans from making any purchases of American goods. In other news, the White House gift shop has a CEO. Here’s his full note from this morning.