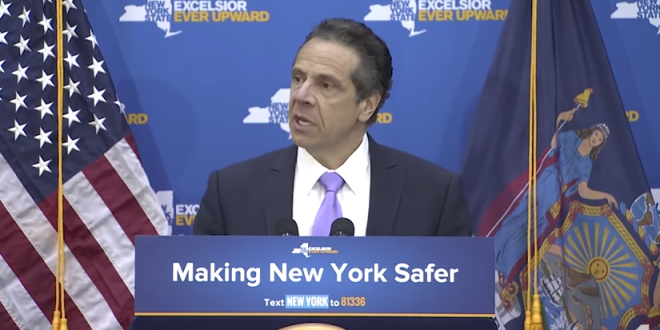 Hillary Clinton is expected to break her virtual hiatus from the campaign trail this week, when she will endorse Gov. Andrew M. Cuomo of New York in a contested Democratic primary, her spokesman, Nick Merrill, confirmed — a move sure to enrage liberal activists seeking Mr. Cuomo’s ouster at the hands of Cynthia Nixon, the actress turned progressive insurgent.

Mrs. Clinton has also recorded an automated phone call endorsing Stacey Abrams, the former Democratic leader in the Georgia House, who is competing for the party’s nomination for governor on Tuesday. It is unclear whether Mr. Clinton will be involved in either race.

Mrs. Clinton’s stunning defeat in 2016 delivered a blunt-force coda to the family’s run in electoral politics, and many Democrats are wary of seeing either of them re-engage. They worry that the Clinton name reeks of the past and fear that their unpopularity with conservative-leaning and independent voters could harm Democrats in close races.

New York is a 2 to 1 Democratic state, and we need a Governor that’s as true and blue as its people. Governor Cuomo has $31 million in the bank and counting, but we have the power of the people standing up and fighting back. It’s time for a new New York, a New York for all of us.