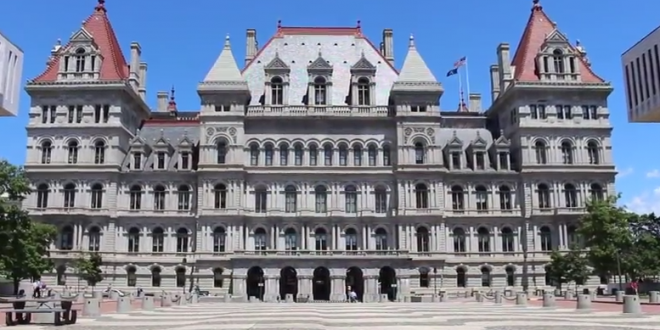 Any hopes that New York would join other states this year and enact a law explicitly prohibiting discrimination on the basis of gender identity were dashed Tuesday when a Republican-controlled Senate committee voted down a transgender rights measure. The Gender Expression Non-Discrimination Act, or GENDA, was defeated in the New York Senate Investigations & Government Operations Committee by a 5-4 party-line vote. The measure would have amended the state human rights law to bar discrimination on the basis of gender identity or expression and would have added transgender people to the state human rights law.

“In 21st century New York State, it’s appalling that Senate Republicans would vote along party lines against GENDA. Human rights shouldn’t be a partisan issue – and they aren’t in other states. Earlier this month, in fact, the Republican legislature in New Hampshire passed protections for LGBT people, making it possible that New York will soon be the only state in the northeast without statutory protections for its transgender citizens. As the Trump Administration continues to roll back protections for LGBT Americans, New York has the obligation to protect its transgender citizens from discrimination and hate crimes. Unfortunately, the State Senate failed miserably in its duties. Moving forward, I’ll continue to fight for passage of GENDA in a new State Senate after the midterms.”

#GENDA just passed the State Assembly for the 11th straight year. That means the State Senate has declined to increase protections for trans and gnc New Yorkers TEN times. This is long overdue—it’s time for our lawmakers to put aside politics and protect vulnerable communities.