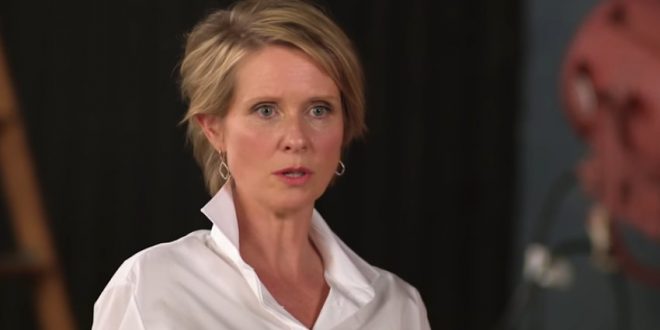 Gov. Cuomo, facing a tough primary challenge on the left from actress Cynthia Nixon, on Wednesday easily snared his party’s nomination for a third term at the state Democratic convention. With Cuomo winning more than 95% of the vote, Nixon failed to get anywhere near the 25% she needed to guarantee her a spot on the primary ballot. She said she will seek to gather thousands of petition signatures across the state to get on the ballot.

Nixon showed at the convention even though she said she knew she would not get the 25% of the vote needed to get on the ballot. She did not stick around for the tally. “I’m here because I think it’s important that at a Democratic convention there be at least one Democrat running for governor,” she said, accusing Cuomo of governing like a Republican. Nixon dismissed Cuomo’s dominance at the convention. She and her team believe progressives who will turn out to vote in the primary don’t trust the governor.

I am attending the convention today because New York Democrats deserve to have at least one actual Democrat running for governor at their state convention. pic.twitter.com/nSPwKFGqYB

Previous FETCH: Trump Tries To Make “Spygate” Happen [VIDEO]
Next Giuliani Reverses On Mueller Interview: Trump Should Do It, It Gets It Over With, It Makes My Client Happy