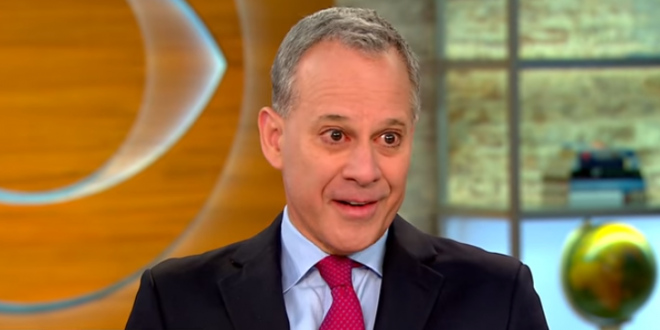 Attorney General Eric Schneiderman is resigning amid allegations that he physically assaulted four women he dated. Schneiderman, an outspoken supporter of the #MeToo movement against sexual harassment, bowed to pressure from politicians, including Gov. Cuomo, who called for him to step down.

“It’s been my great honor and privilege to serve as Attorney General for the people of the State of New York,” Schneiderman said in a statement.

“In the last several hours, serious allegations, which I strongly contest, have been made against me. While these allegations are unrelated to my professional conduct or the operations of the office, they will effectively prevent me from leading the office’s work at this critical time. I therefore resign my office, effective at the close of business on May 8, 2018.”

Was it the excessive use of eyeliner that gave it away? Totally normal! https://t.co/bDuOJWVqN8

That was fast. I figured he would hold out for a solid 6 or 7 hours. https://t.co/u8bKjL4LcY