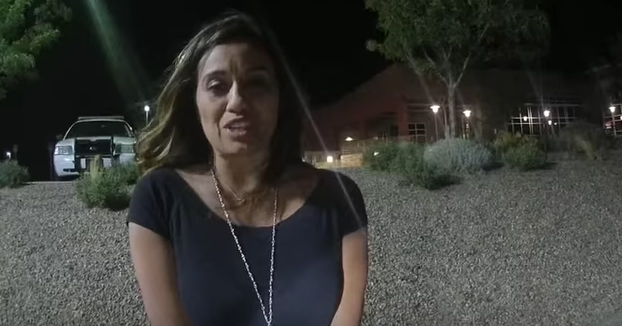 Shortly after she was arrested on an aggravated drunken driving charge early Sunday, state Rep. Monica Youngblood told an Albuquerque officer through tears that she stands up for police when others criticize them. And she made it clear to the officer that she is a legislator — one who tries to help the police, she said. “I literally fight for you guys,” Youngblood tells the arresting officer as she cries in the back of his police car. “Well, that doesn’t make it OK to drink and drive,” he replies. Youngblood insists she hadn’t been drinking.

The state Democratic Party late Tuesday called on Attorney General Hector Balderas, a Democrat, to investigate whether Youngblood had used her position as a legislator to influence police during her arrest. During her encounter with police, Youngblood tells officers she has introduced “bills to protect you all.” She appears to mention her repeated attempts to reinstate the death penalty for those convicted of killing law enforcement officers, corrections officers and children.

“People tell me that you guys treat people of color like shit, and I always stand up for you guys,” she said. “I stick up for you guys, and I say, you know what, they wouldn’t treat you like shit if there wasn’t a reason.” Youngblood’s arrest record shows that she was cuffed at 1:14 a.m. and booked 4:44 a.m. She has been charged with aggravated DWI. The officer noted that she smelled of alcohol and refused a breathalyzer test.

In 2016 Youngblood pushed a law to favor Uber and Lyft because it would reduce drunk driving.

Previous POLL: 59% Believe Mueller Has Uncovered No Crimes
Next REPORT: Trump Said He Wanted To Brand FBI Informant As A “Spy” Because He Knew It Would Inflame His Base