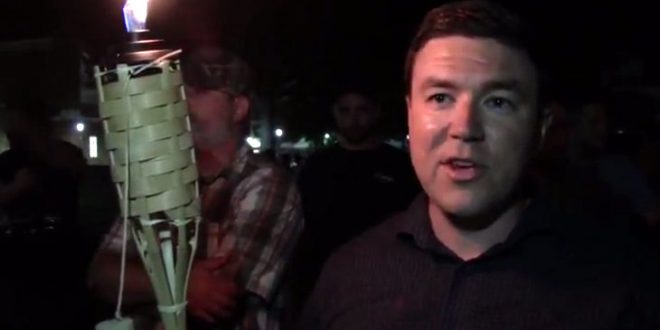 Jason Kessler, the extremist behind last year’s violent alt-right “Unite the Right” rally at which a counter-protester was killed, said that if he is denied a permit to host an anniversary event in Charlottesville, Virginia, this summer that activists will demonstrate outside of the White House instead.

Kessler applied for a permit to host another Unite the Right rally last year, but the city of Charlottesville denied his request, citing a “danger to public safety.” He is currently suing Charlottesville, arguing that the city is suppressing his First Amendment rights and is to blame for the violence that occurred at last year’s event. The University of Virginia has also banned Kessler from organizing on their campus.

Kessler went on to say that the violence at last year’s rally was “necessary because people had to be shaken out of this comfort that they were in” and that he hoped to transform the alt-right into a “white civil rights movement.”