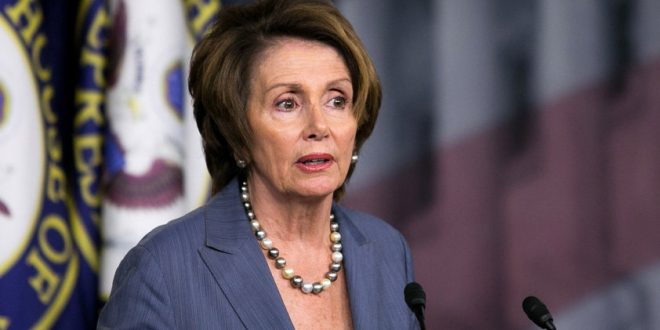 Nancy Pelosi today declared the she will run again for House Speaker after the Democrats regain control:

“We will win. I will run for speaker. I feel confident about it. And my members do, too,” Pelosi told The Boston Globe during a stop in the city for a Democratic fundraiser. Pelosi has previously discussed the importance of her role as the only female member of House Democratic leadership. She reiterated her intention to maintain that role on Tuesday. “It’s important that it not be five white guys at the table, no offense,” she said.

After the 2016 election Pelosi was challenged for her current House Minority Leader role and it seems increasingly likely that a least a few Democrats would break ranks and support a challenger once again.