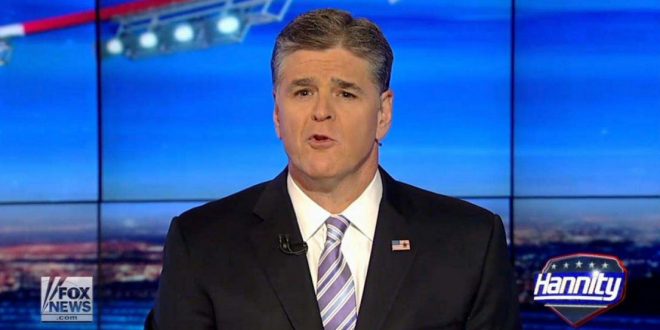 Their chats begin casually, with How are yous and What’s going ons. On some days, they speak multiple times, with one calling the other to inform him of the latest developments. White House staff are aware that the calls happen, thanks to the president entering a room and announcing, “I just hung up with Hannity,” or referring to what Hannity said during their conversations, or even ringing Hannity up from his desk in their presence.

Trump and Hannity don’t usually speak in the morning, which the president spends alone, watching TV and tweeting. During the first months of the administration in particular, the tweets launched at the beginning of the day landed like bitchy little grenades directed at the programming and personalities that angered him on MSNBC and CNN. “Early on, usually we could count on the president watching Morning Joe first thing, at 6 a.m.,” one White House official told me. “He’d watch an hour of that. Then he’d move on to New Day for a segment or two. Then he’d move on to Fox.”

On the phone, he and the president alternate between the “witch hunt!” and gabbing like old girlfriends about media gossip and whose show sucks and who’s getting killed in the ratings and who’s winning (Hannity, and therefore Trump) and sports and Kanye West, all of it sprinkled with a staccato fuck … fucking … fucked … fucker. “He’s not a systematic thinker at all. He’s not an ideologue,” one person who knows both men said of Hannity. “He gives tactical advice versus strategic advice.”

You really should read the full article.

Hannity as Trump’s emotional support. “‘He doesn’t live with his wife,’ one person who knows both men said of Trump, explaining that he lacks someone ‘to decompress’ with at the end of the day.” Via @Olivianuzzi https://t.co/Yk0gZwq08Y