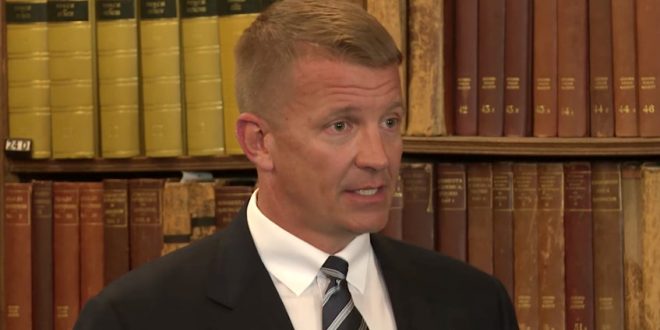 Special Counsel Robert Mueller’s team has spoken with Blackwater founder Erik Prince, two sources familiar with the matter tell The Daily Beast. It was not immediately clear what questions Mueller’s team had or what information Prince shared with the special counsel.

Prince attended a now-controversial meeting with the head of Russia’s sovereign wealth fund in the Seychelles Islands on Jan. 11, 2017—just over a week before Inauguration Day. The Washington Post reported that Mueller is interested in potential efforts at the Seychelles meeting to set up a backchannel between the Trump administration and the Kremlin.

A spokesman for Prince did not dispute the report.

Previous Catholic Priest Arrested For Molesting Boys, Allegedly Forced One Victim To “Confess” To Him About Assaults
Next CHATTER AWAY: Overnight Open Thread