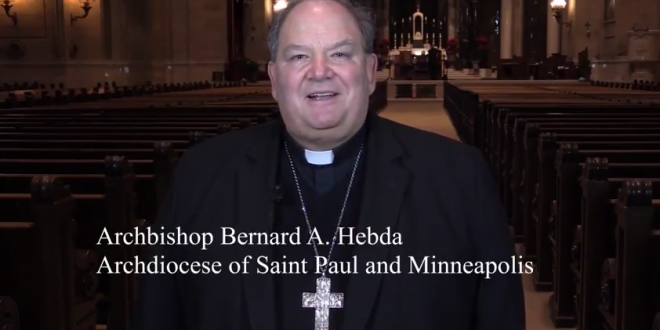 The Archdiocese of St. Paul and Minneapolis has agreed to a $210 million settlement with 450 victims of clergy sexual abuse as part of its plan for bankruptcy reorganization, an attorney said Thursday, making it the second-largest U.S. payout in the priest abuse scandal.

Victims’ attorney Jeff Anderson said the settlement was reached with the survivors and the archdiocese and includes accountability measures. The money, a total of $210,290,724, will go into a pot to pay survivors, with the amount for each survivor to be determined.

According to the website BishopAccountability.org, which tracks clergy sex abuse cases, this is the largest payout among the Roman Catholic archdiocese and dioceses that have filed for bankruptcy protection. But the largest payout of any kind came in 2007, when the Archdiocese of Los Angeles settled clergy sex abuse cases with 508 victims for $660 million.

Archbishop Bernard Hebda told reporters Thursday afternoon that the deal allows for a definitive resolution without more litigation and expense while allowing the church to continue it’s missions. The archdiocese sought Chapter 11 bankruptcy protection in 2015, overwhelmed by more than 400 sexual abuse claims against archdiocesan priests. Those claims came after the Minnesota Legislature in 2013 opened a three-year window in the statute of limitations that allowed victims of prior abuse to sue for damages.

The bankruptcy case proceeded slowly as attorneys argued over how much money the archdiocese should have to pay. The archdiocese reported its net worth was $45 million. But attorneys for the victims maintained that the archdiocese’s true worth was over $1 billion, counting assets of its 187 Roman Catholic parishes, as well as schools, cemeteries and other church-related entities. Victims’ attorneys said those assets should be used to make more money available for victims.