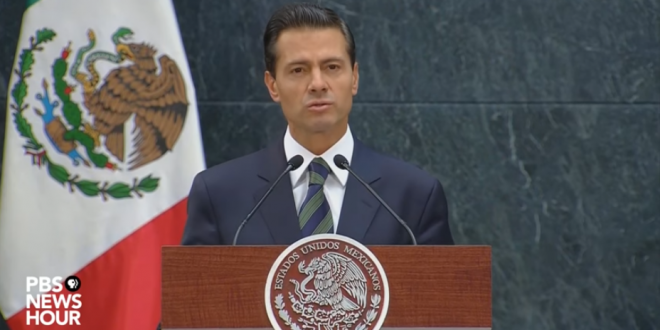 Mexico Hits Back At Trump With Tariffs On US Goods

The Trump administration announced Thursday it will impose tariffs on steel and aluminum imports from Europe, Mexico and Canada after failing to win concessions from the American allies. Europe and Mexico pledged to retaliate quickly, exacerbating trans-Atlantic and North American trade tensions.

The tariffs directed at some of the U.S.’s most ardent allies represented the latest move in Trump’s “America First” agenda that has roiled financial markets and raised the specter of a trade war involving the U.S., China and some of the globe’s most dominant economies.

It’s a bad day for world trade. US leaves us no choice but to proceed with a WTO dispute settlement case and the imposition of additional duties on a number of US imports. We will defend the EU’s interests, in full compliance with international trade law. https://t.co/J3wPW5Ew7K pic.twitter.com/aDlOWcSgRv

The Latest: Mexico says it will answer tariffs on steel and aluminum announced by the Trump administration with duties of its own on a variety of U.S. products. https://t.co/4xnB5HsZAW

– US announced steel and aluminium tariffs against EU, Canada and Mexico start at midnight

– EU announces that retaliatory trade measures will be introduced within hours