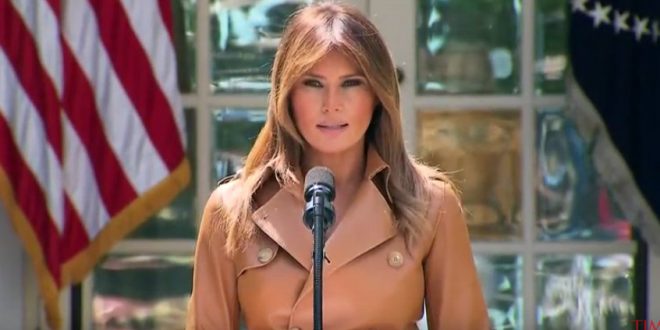 Melania’s 2017 Photo Royalties As Much As $1 Million

Melania Trump’s modeling days apparently aren’t completely behind her. The First Lady has raked as much as $1 million in royalties from photos of herself since her husband took office, according to federal records. Stephanie Grisham, the First Lady’s spokeswoman, declined to comment on which photos the royalties pertained to, only telling the Daily News that they relate to images taken before Trump became President. Getty has an extensive pre-White House photo catalogue of the First Lady that includes shots of her and her son, Barron, as well as steamier images from her modeling days.

Previous Longtime Roy Moore Aide Gives Away AR-15 To Promote His US House Campaign: Every Family Should Own One
Next Ronan Farrow: Whistleblower Says He Leaked Cohen Docs Because Others Are Missing From Govt Files