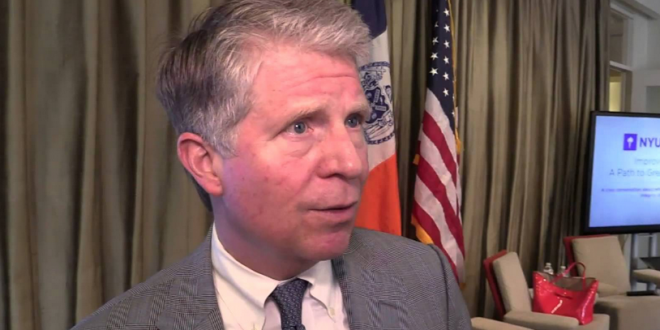 The Manhattan District Attorney’s office said on Monday night that they were probing Attorney General Eric Schneiderman after explosive assault allegations were launched against him in a New Yorker article.

“Our office has opened an investigation into the recently reported allegations concerning Mr. Schneiderman,” said a spokesman for District Attorney Cy Vance.

A law enforcement source told The Post that according to allegations being levied against Schneiderman, the highest possible charge would likely be misdemeanor assault. A second source said the choking allegations could result in a separate felony charge.

A very related story from March:

New York Gov. Andrew Cuomo has issued a rare order for the state attorney general to investigate the Manhattan district attorney’s handling of a 2015 case in which Hollywood film producer Harvey Weinstein was accused of sexual misconduct but ultimately not charged with a crime.

In a statement issued on Monday, Cuomo said Attorney General Eric Schneiderman will review the Manhattan DA’s investigation into allegations by Ambra Battilana Gutierrez that Weinstein groped her during a meeting at his office.