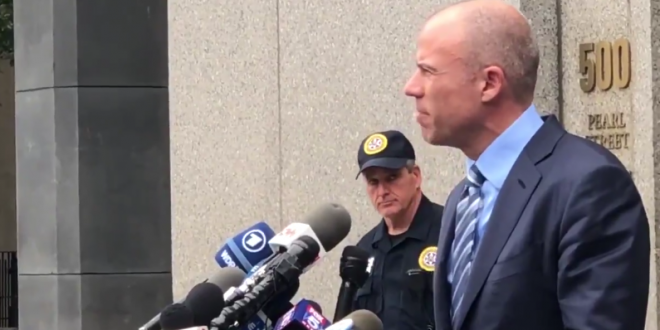 “I either want you to participate, or not be in the matter at all,” Wood told Avenatti. “I don’t want you to have some existence in a limbo where you’re free to denigrate Mr. Cohen, and I believe potentially deprive him of a fair trial by tainting a jury pool. This conduct is inimicable to giving Mr. Cohen eventually a fair trial.” The dressing-down came after Cohen’s attorney Stephen Ryan urged the court to exclude California-based Avenatti from the proceedings.

NEW: Michael Avenatti has withdrawn his motion to appear before a NY federal court in the Michael Cohen case.

The #TrumpTapes that were just disclosed in court as a result of our efforts should be released immediately. Not tmrw, not next week or next month. Now. Nixon 2.0. #Basta