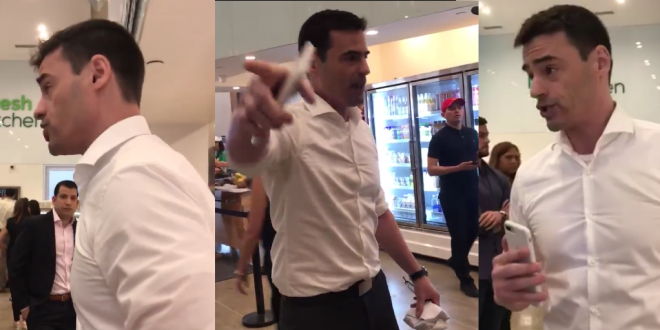 The Manhattan lawyer who was caught on video spewing racist remarks at Spanish-speaking workers threw a tantrum in the halls of justice Wednesday and accused other attorneys of “harassing” him.

Aaron Schlossberg’s meltdown came in an eighth-floor hallway in Manhattan civil court, where he was singled out for his embarrassing tirade last Tuesday that’s since gone viral. “It’s the racist lawyer! F–k that guy!” one female attorney yelled, as she and other lawyers whipped out their cellphones to snap photos.

Schlossberg turned to a court officer and whined, “They’re harassing me in the hallway!” after ducking into a courtroom. He later asked for an escort out of the building — after nervously glancing at his watch and peering at his phone with his hands protectively cupped around it.