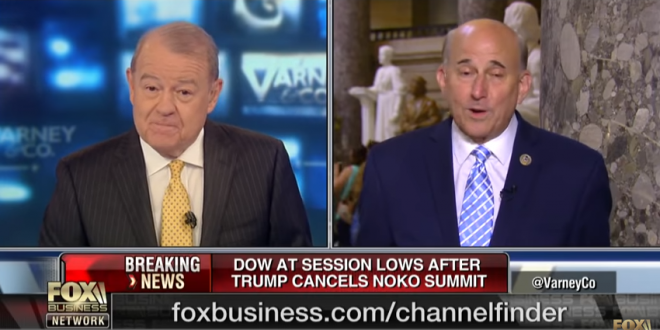 “Listen, let me tell you, it won’t be off permanently because North Korea is going to find out now what he didn’t realize was that Trump was serious about. There will be a price that North Korea will pay and Donald Trump will lead us in — in getting that price for them and then it will be the North Korean leader that will come back begging to — to have some kind of talk. I’m so proud. He is president now; Hillary is not. We’re not going to rush over there and give them bigger and better nukes, if they’ll just promise not to use them. That is what Hillary would be doing if she were president.” – Loony Louie Gohmert, speaking this afternoon on state television.

Previous Trump: If Kim Wants To Talk, I’m Waiting [VIDEO]
Next Pope Warns Bishops To Vet Priesthood Applicants: Keep Your Eyes Open, If They Seem Gay, Turn Them Away