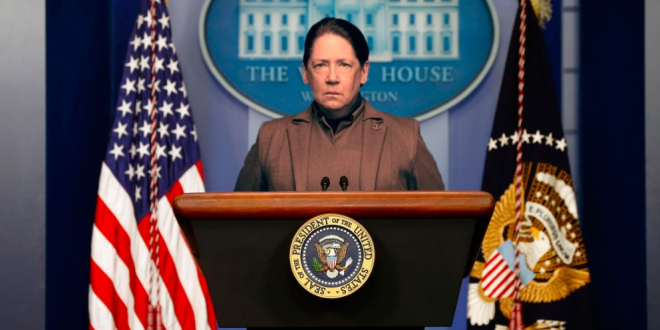 Aunt Lydia’s afternoon of lies is upon us once again:

White House Press Secretary Sarah Huckabee Sanders will hold a briefing today to discuss the administration’s latest plans and administrative agenda. The briefing is scheduled for 2:30PM. It’s highly likely that Sanders will be asked about White House aide Kelly Sadler and her disparaging remarks about John McCain. Sadler has come under fire over a conversation where she bashed McCain for his opposition to Gina Haspel, saying “It doesn’t matter, he’s dying anyway.” Other topics that might come up include Michael Cohen‘s lobbying work, Trump’s speech last night in Indiana, and the recent developments surrounding Iran and North Korea.