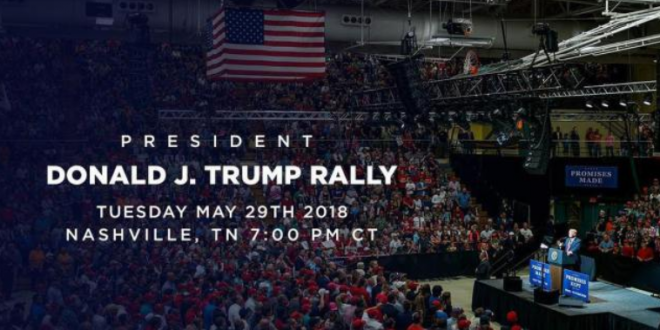 President Donald Trump made his third trip to Nashville since entering office. Doors opened at Nashville’s Municipal Auditorium at 4 p.m. Before the rally at 7 p.m., President Trump visited a private fundraiser for U.S. Rep Marsha Blackburn.

Congresswoman Blackburn is in a tight race with former Tennessee Governor Phil Bredesen to fill Senator Bob Corker’s seat. People started lining up for the rally a full 24 hours before the doors opened. American flags were waving, and there was even a band set up playing music for the crowd.