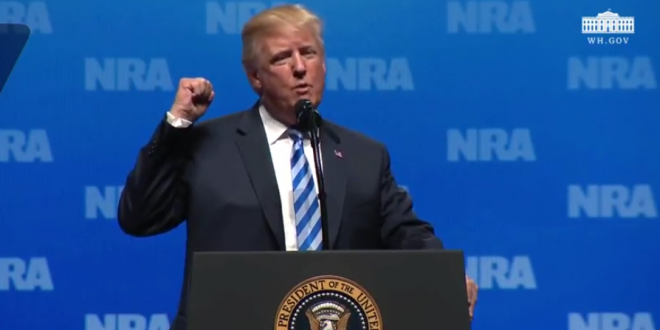 President Donald Trump, who briefly pledged to “fight” the National Rifle Association after a February mass shooting at a Florida high school, is expected to throw his full weight behind the powerful gun rights group on Friday at an event in Dallas.

This will be Trump’s fourth speech to the powerful NRA and, with control of the U.S. Congress up for grabs in November’s midterm elections and campaigns under way, it is expected to include familiar warnings meant to excite the Republican voter base.