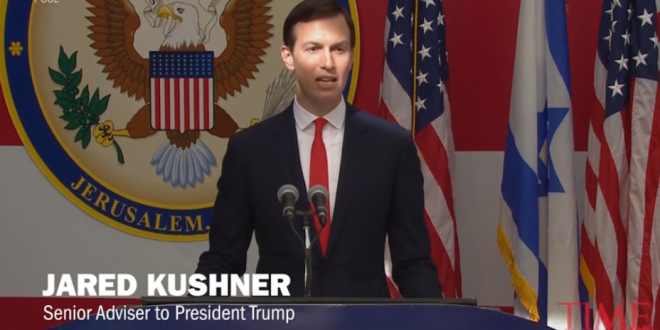 The opening of the U.S. Embassy in Jerusalem turned into a major diplomatic fiasco Monday when Israeli forces killed more than 50 protesters and injured 1200 more in the disputed territory. The Trump administration laid the blame for the violence at the feet of Hamas, the fundamentalist Islamic group, but the international community condemned the President decision to relocate the consulate from Tel Aviv.

The tone-deaf President and his son-in-law, Jared Kushner, the architect of his Middle East policy, maintained it was a “great day” for Israel. Kushner, in his address at the ceremony blamed the protesters for the violence. “Those provoking problems like we see today in Gaza are part of the problem and not part of the solution,” Kushner said at the ceremony.

The commencement came on the 70th anniversary of Israel’s independence. It was also the single deadliest day in the territory since the 2014 war with Israel.

Previous BREAKING: Melania Hospitalized With Kidney Ailment
Next TURKEY: Erdogan Recalls Ambassadors To US And Israel, Will Hold Rally To Protest Gaza “Genocide”