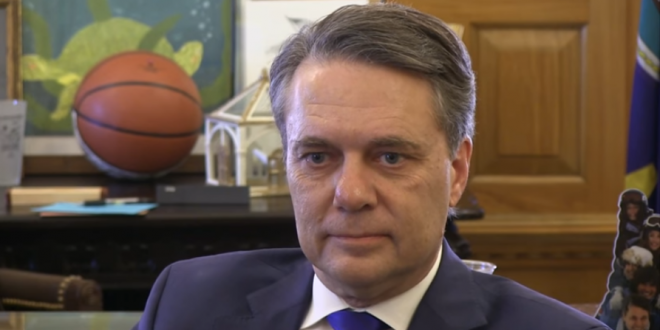 Americans United for Separation of Church and State criticized Kansas Gov. Jeff Colyer for signing Senate Bill 284 into law. The measure gives taxpayer-funded adoption and foster care agencies a right to use religion to deny children loving homes by discriminating against prospective parents. This is a troubling trend: Oklahoma enacted a law like this last week and the South Carolina legislature is considering a similar provision in its budget bill.

Rachel Laser, president and CEO of Americans United for Separation of Church and State, issued the following statement: “Religious freedom should never be used to justify discrimination against people or cause them harm – yet that is exactly what this law does. It gives taxpayer-funded child welfare agencies the right to elevate their religious beliefs over what children need.

“This law does a great disservice to kids in care. Those children deserve loving, stable homes, and providing them should be Kansas’ first priority. Senate Bill 284 works against that principle by allowing state-funded agencies to turn away prospective parents – in the name of religion – because they’re a same-sex couple, interfaith, previously divorced or the ‘wrong religion.’ This law is indefensible.

A similar bill was signed into law last week by Oklahoma Gov. Mary Fallin. The two adoption bills are the only ones out of 100+ anti-LGBT bills to be signed into law in 2018. Most state legislatures have concluded this year’s sessions and the rest will do so in the next few weeks.

Previous TEXAS: GOP Lt. Governor Dan Patrick Blames Schools For Having Too Many Entrances And Exits [VIDEO]
Next Putin Hails Trump As “Good And Strong Entrepreneur”