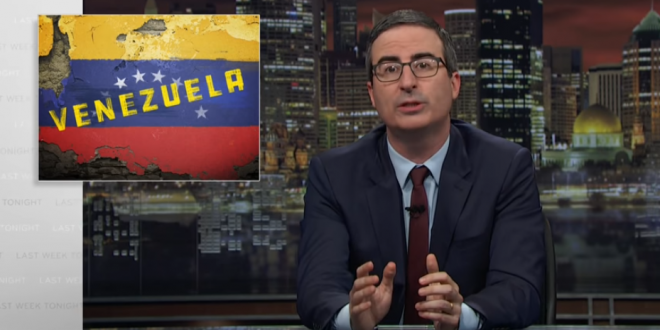 On Sunday’s episode of Last Week Tonight, host John Oliver’s Venezuela segment highlighted the dire nature of the country’s political and economic crisis. Oliver’s segment comes several days before the 2018 Venezuelan presidential election, which current president Nicolás Maduro looks likely to win. In addition to shedding light on the crisis, which has left thousands of Venezuelans impoverished and malnourished, Oliver took Maduro to task for his role in helping perpetuate the country’s problems.

Oliver opened his segment by highlighting the grim nature of the economic crisis in Venezuela, which has left many Venezuelans starving — profoundly impacting their health. As El País reported in February of this year, around 64.3% of Venezuelans surveyed said they had lost 11 kilograms (around 24 pounds) in 2017. In characterizing the crisis, Oliver condemned the notion that it had been caused by socialism (a cause often cited by conservatives) and instead blamed catastrophic governmental mismanagement.