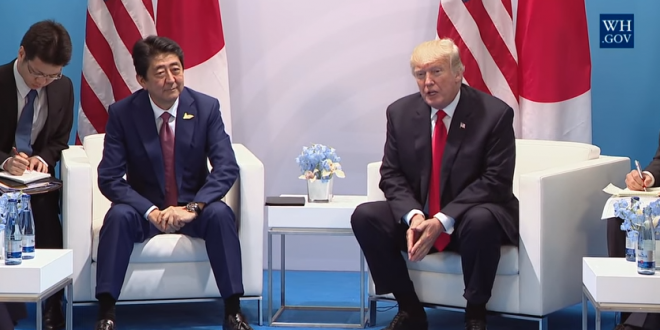 Japan’s Prime Minister Shinzo Abe says his government “cannot accept” new U.S. tariffs on imported automobiles, as is reportedly being considered as a possible next move by the White House.

President Trump last week launched an investigation into whether auto imports posed a national security risk to the U.S., a justification that might be used to raise the duty on cars from 2.5 percent up to 25 percent.

“It’s hard for Japan to understand and we cannot accept it,” Abe said in a session of the Diet, Japan’s parliament, adding that Tokyo would let Washington know its concern over the direction of U.S. trade policy.